Alfie, one of Wagtail UK’s much loved sniffer dogs, received a Hero Award from the Chartered Trading Standards Institute (CTSI) at its annual conference in the West Midlands, earlier today.

The smugglers’ worst nightmare and his canine colleagues sniffed out over 7 million illicit cigarettes and 20 tonnes of tobacco in 2015. He also holds the Wagtail record for finding £250,000 in cash from one raid.

“He has played a crucial role in Operation Henry and I’m overjoyed to see his hard work recognised with this award.”

Operation Henry is a CTSI large scale coordinated action by local trading standards to tackle the supply of illicit tobacco products across England on behalf of the Department of Health.

Aran Clyne, Alfie’s handler at Wagtail UK, said: “Alfie is an absolute pleasure to work with and has an infectious personality. He takes pride in his work, never cutting corners or skiving off.

“I’ve lost count of the number of large seizures Alfie has been part of, yet he’s never once asked for a pay rise and all he wants in return for his hard work is a cuddle and a tennis ball.

“Alfie truly deserves this award and has a few more years left before he retires to pursue his love of chasing birds and running on the beach.”

Hero Awards celebrate outstanding contributions to consumer protection by individuals or groups of people and are nominated by the trading standards community.

The award was presented by Matt Allwright during the conference’s plenary session, which explored the various approaches to raising standards in products and consumer care in business.

Alfie is quite the four-legged celebrity with a number of television appearances under his collar, including Surprise Surprise, The Kyle Files and Supervet in the Field.

Karen Woods from Peterborough trading standards who has worked with Alfie, said: “Alfie is unquestionably the best sniffer dog of his type that myself and the team have worked with.

“Alfie has been placed in a number of extremely challenging situations and always remained calm and well behaved despite the occasional hindrance from suspected offenders.

“The work of Alfie and Wagtail UK has helped our trading standards team to prosecute, revoke licenses and maintain the fight against illicit and counterfeit tobacco.”

Illegal, or illicit, tobacco is smuggled, bootlegged or counterfeit, sold cheaply and tax-free and often linked to large-scale organised crime.

Nine Hero Awards and three Certificates of Commendation were presented during this year’s CTSI Consumer Affairs and Trading Standards Conference and Exhibition in Telford. 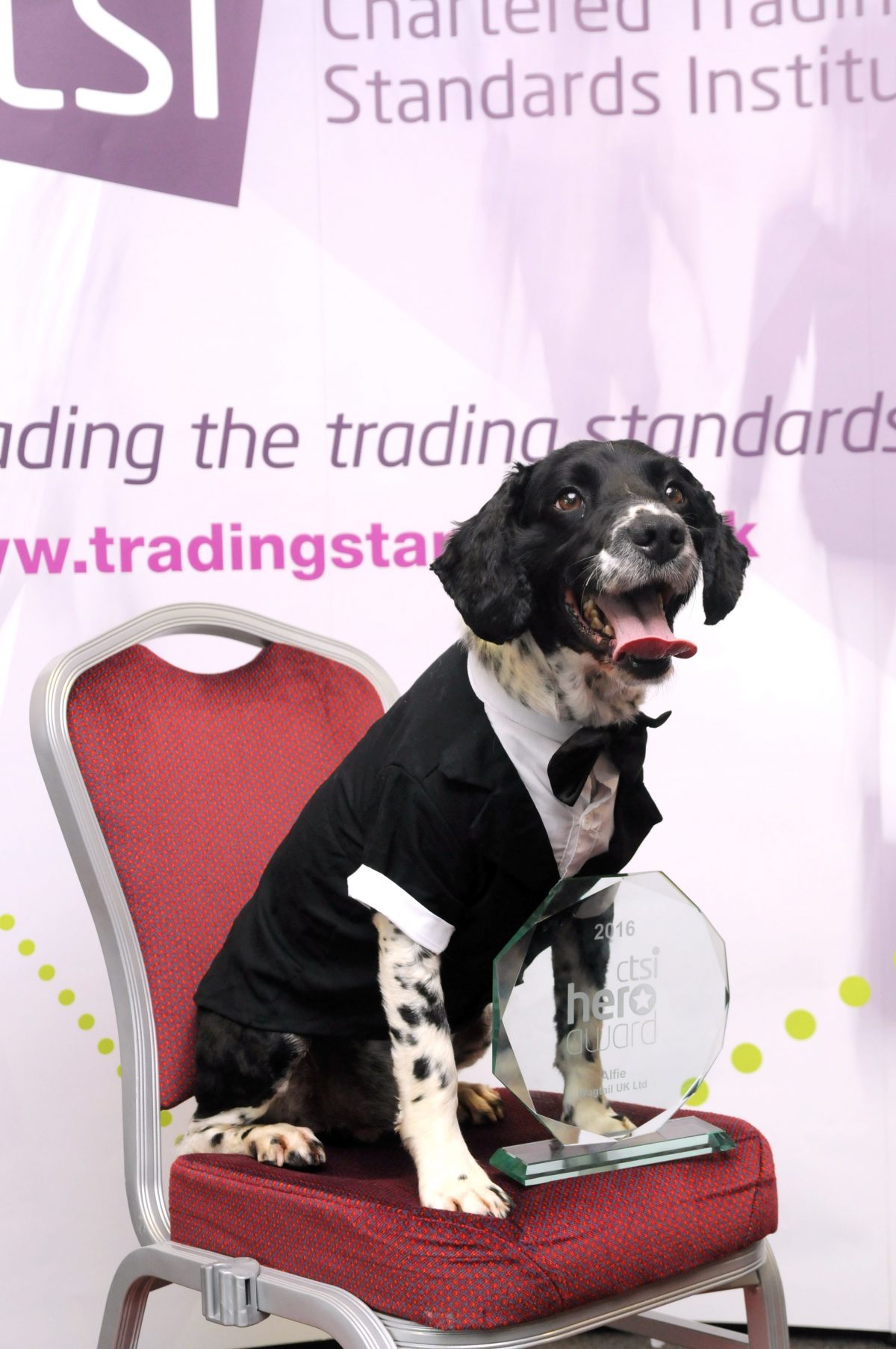 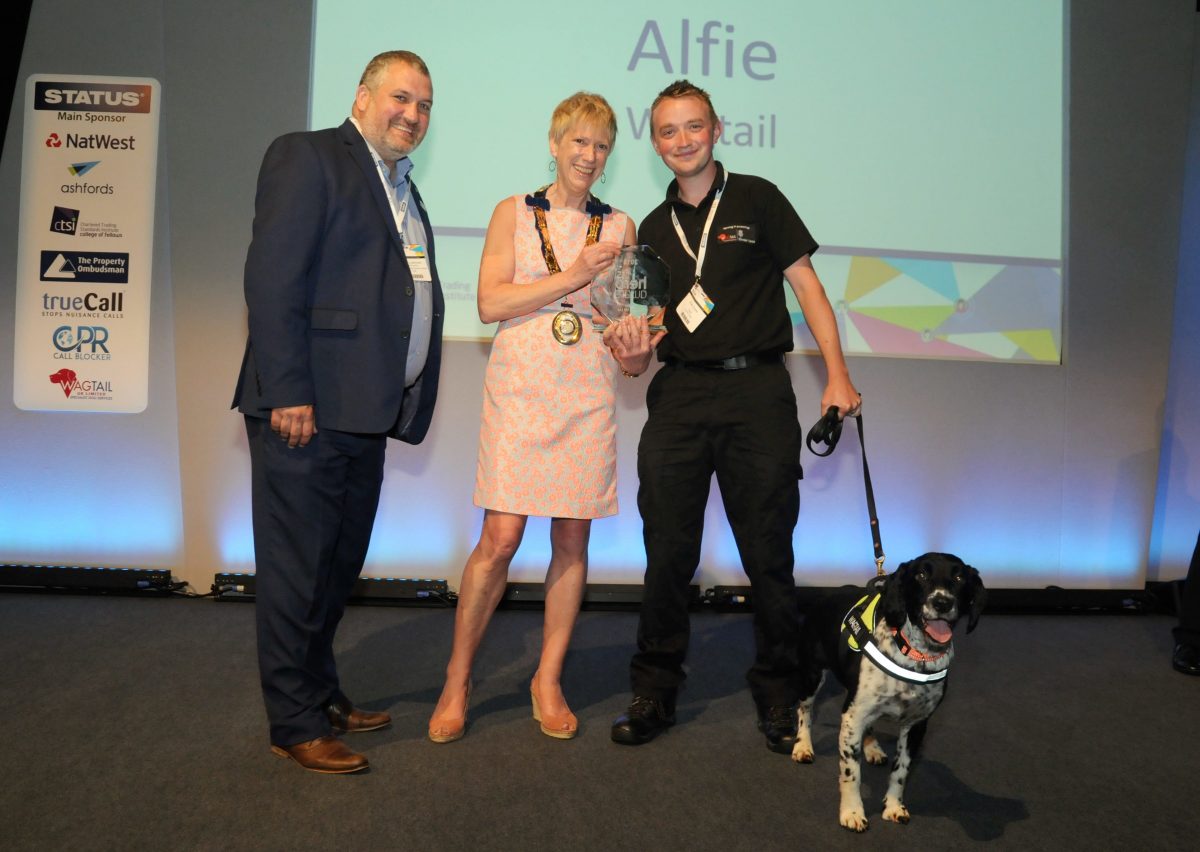